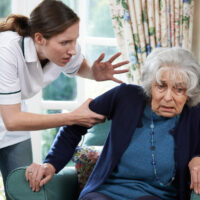 A case of violent crime befalling a severely handicapped woman shows the ways that negligent care in a nursing home can have truly tragic results.

The case, titled William L. v. The State of New York, was filed by the administrator of the victim’s estate against a State-run adult care facility. William L. brought the case as the legal guardian of his sister Paula L., a now-deceased woman with serious developmental delays who was incapable of caring for herself, non-verbal, and had the mental age of a one-year-old child. Paula lived in a state-run group home in Windsor, New York, named Sycamore IRA, and was found by the court to be under the exclusive care and control of the State. Over the course of a weekend in December of 2009, Paula, then 61, was repeatedly and violently sexually assaulted. This abuse was not reported to local authorities until the following Monday, when Paula was taken to a different care facility where she would spend her weekdays. This is despite the fact that nursing aides caring for Paula had bathed her and repeatedly changed her diapers over the course of that weekend, undoubtedly seeing the bruises—acts which in fact washed away any possible physical evidence identifying the assailant. While the police investigated the assaults, no criminal charges were ever filed.

A seriously-lacking security system at Sycamore did little to protect the basically-defenseless disabled residents, as doors and windows were regularly left unlocked and the home lacked surveillance cameras. While nursing staff had an obligation under New York state law to record any evidence of physical abuse or indicia of an assault, the aides failed to document the bruises or other injuries Paula received, and in fact backdated entries describing the injuries in the home’s logbook. Police interviewed the two aides who were on duty over the weekend when it appeared that Paula was assaulted, and found that, while the aides were not suspects in the assault, they had lied about a number of events that transpired over the weekend. One aide had been found to have left early, leaving the second aide alone in the home in violation of the law, and one aide was working a night shift after having worked a full-time day job.

Testimony from a medical expert on the subject of emergency medicine confirmed that there was abundant evidence of at least two separate incidents of sexual assault, and that Paula was capable of experiencing a full range of emotions, as well as pain and suffering. While she may not have been able to express those emotions, Paula likely experienced a great deal of harm to her psyche from the attacks, the doctor testified. The State of New York as defendant argued: that the aides’ behavior was so negligent that they had essentially abandoned their jobs, which absolved the State of responsibility as their employer; that a lack of evidence on when and how Paula was assaulted made it unclear that negligence committed by the State led to the assault; and that it would have been impossible for the state to predict that a criminal would attempt to assault Paula. The State presented no evidence or witnesses of its own at trial.

The court ultimately found that the State of New York was grossly negligent in caring for Paula. The court found that, under the law, the State has a duty to exercise reasonable care to prevent injury for mentally disabled persons under their exclusive care and control. While this includes injuries received on the premises of a State-run care facility, the court stated that it also included injuries from third parties. The court noted the paltry lack of security and insufficient staffing of the home which left ample opportunities for intruders, and held that an intruder entering the home and attacking a resident was a reasonably-predictable risk that the State had a duty to try to prevent.

The court ruled that, in order to succeed on such a claim, the plaintiff doesn’t have to “show exactly what happened and why, but to show it was ‘reasonably foreseeable that an injury could occur’ and that the State’s conduct was a substantial causative factor in the sequence of events’” that led to a resident’s injuries. In other words, the State should have known that leaving doors and windows unlocked could lead to an intruder hurting a resident in some manner, and that, had the State taken greater care to ensure that staff locked all windows and doors, then there was a good chance that an intruder would not have been able to harm the resident.

Additionally, the court found that, since Paula’s injuries indicated that she had been injured on multiple days, the home staff were the cause of the additional suffering of the second round of attacks. The court explained that, had the aides reported Paula’s injuries when they must have first seen them, which they were obligated to do under the law, Paula likely would have been taken to the hospital and spared the second attack. Even if they had been as attentive as they should have been in securing the home after the first attack and monitoring Paula day and night, another attack could have been prevented. Instead, according to the court, the aides hid the evidence of the attack out of fear of the consequences for them and their jobs. This extraordinary dereliction of duty warranted a finding of gross negligence, according to the court.

In assessing damages, the court determined that Paula’s estate was entitled to pain and suffering damages for the horribly traumatic and painful series of assaults that Paula suffered. Testimony regarding “Paula’s childlike vulnerability and inability to call out for help, and her complete abandonment by the staff after the initial attack,” in addition to medical testimony and photographs of Paula’s injuries, served to show the extent of the woman’s trauma, and resulted in an award of $2,500,000 for Paula’s pre-death pain and suffering.

If you or a loved one have been injured by negligent or abusive nursing home staff, contact the compassionate and knowledgeable New York nursing home abuse attorney Leandros A. Vrionedes for a consultation on your claims, at 212-889-9362.

By Leandros Vrionedes | Posted on December 7, 2015
Skip sidebar and go to footer