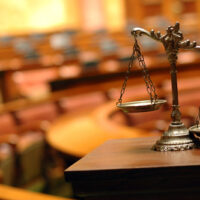 A recent case in the New York State Court of Claims illustrates how an employer – in this case, the state of New York – can be held absolutely liable for a violation of New York labor law that leads to an injury, without the injured worker having to prove who was at fault, or even, in this case, how the accident happened.

In an opinion released on August 5th, the New York State Court of Claims in the case of Floyd v. New York State Thruway Authority held that the state is 100% liable in an injury that occurred to a painter working on a project below the Grand Island Bridge 14 years ago this month. The plaintiff was standing on a barge when he was struck by a coil of steel cable which seemed to come from the rigging deck about 60 feet above, although the injured worker could not state exactly how the accident occurred.

The plaintiff sued to recover compensation for his injuries under New York Labor Law section 240(1). This law, commonly known as the Scaffold Law, requires owners and contractors to furnish or erect scaffolds, hoists, ladders, slings and other devices to protect workers from gravity-related accidents, such as falling from a ladder or other height or, as in this case, being struck by a falling object.

The plaintiff was able to show that certain safety devices (i.e. netting) that would have protected him were not in place, and he was able to show that this lack of safety devices was a proximate cause of his injuries. For these reasons, the court found the Thruway Authority absolutely liable and stated that the plaintiff did not have to show exactly how the accident happened. The case will now proceed to trial on the issue of damages, or how much compensation the injured worker is entitled to.