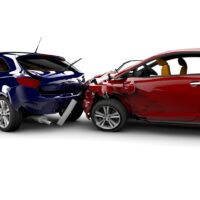 In 2008, two parties were involved in a car accident. In Messina v. Anvarzadeh, the plaintiff sued the driver of the other car—and its owner—for personal injuries. The defendants made a motion to dismiss the complaint, arguing that the plaintiff did not sustain a “serious injury.”

In order to establish whether the injuries were serious under Insurance Law Section 5102(d), a few things had to be established. The Court had to determine whether the plaintiff‘s injuries: 1.) permanently limited his use of an organ, 2.) significantly  limited his use of a body function, or 3.) were medically diagnosed and prevented him from participating in normal activities for 90 of the 180 days after the accident.

To support their argument, the defendants offered sworn statements from doctors who examined the plaintiff in 2011. The doctors found that the plaintiff’s neck and back were functioning normally and there was evidence of a sprain that already healed. Also, the plaintiff testified that he was not confined to his bed or home following the accident and only missed a few days from work.

The Court found that the defendants brought forth enough evidence to show that a serious injury could not be established. The plaintiff then offered the statements of another doctor, but the Court rejected the doctor’s findings. The doctor’s report was not a sworn statement and even though the plaintiff claimed he was treated in 2008, there was no valid evidence that the plaintiff had seen a doctor before 2011.  Since there was such a huge gap in time between the 2008 accident and the 2011 doctor’s visit, there was not enough evidence to show that the accident caused the injuries. Therefore, the Supreme Court, Nassau County granted the defendants’ motion to dismiss the complaint.