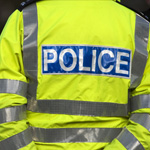 Earlier this month, the United States filed a class action lawsuit against the City of New York for violations of the Uniformed Services Employment and Reemployment Rights Act of 1994, commonly known as USERRA. USERRA is a federal law guaranteeing certain employment rights to National Guard and other military servicemembers who are called into military service. The lawsuit also names the New York City Police Department and the New York City Police Pension Fund as defendants. It is filed on behalf of all current and retired NYPD officers who have performed active military service since September 11, 2001 or who will do so in the future.

According to a press release issued by the Justice Department on August 2nd, the lawsuit alleges that the City improperly calculated pension benefits for police officers while on active duty in the military. The point of USERRA is that an employee should not be penalized at work for taking off for military service. This includes not losing out on any pension benefits. USERRA requires the employer to take into account all the compensation the employee would have earned had the employee not been called up when calculating pension benefits. The lawsuit alleges that New York City only included the employees’ base pay rates, when it should have included items such as overtime hours and night differential pay the employee would have received.

Like Title VII and other laws, USERRA prohibits any form of employment discrimination directed against a past or present member of the military. Although the government can enforce USERRA on its own, as in the current class action against New York City, individual employees may also file a civil lawsuit on their own to enforce their right to reinstatement and obtain damages for back pay and lost benefits, as well as double damages if the employer’s violation of the law was willful.

Not all military servicemembers qualify for reinstatement under USERRA. The law is complex and not always easy to understand. If you feel your rights under USERRA or any other state or federal employment law have been violated, contact New York City employment law attorney Leandros A. Vrionedes, P.C. for a free consultation about your rights.