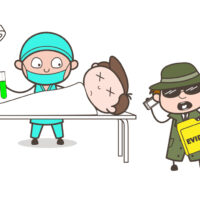 After a crash, if it seems like your injuries will cost more to treat than insurance policy limits will cover, it may be necessary to consider filing a lawsuit against the at-fault driver in court. Unfortunately, this avenue for recovery is available only when the plaintiff’s injuries meet the no-fault threshold under New York law. In a case recently before the Supreme Court of Nassau County, an accident victim had her lawsuit dismissed for failing to meet the no-fault threshold when she was unable to prove that her injuries were caused by the recent crash, and not by past incidents.

Tagufa v. Pierre-Pierre, the recent Nassau County case, was filed based on a Uniondale rear-end crash. Fredelina Tagufa, the injured plaintiff, filed a lawsuit against the drivers in the rear cars for her injuries, which consisted of a torn tendon in her right shoulder, herniated discs in her cervical and lumbar spine, and spinal radiculopathy in her thoracic, cervical, and lumbar spine. The defendants filed a motion to dismiss the lawsuit, arguing that she had failed to overcome the no-fault threshold.

New York car accident victims are barred from filing a lawsuit for their accident-related expenses unless those victims can meet the no-fault threshold. The most common way to meet this threshold is by a victim proving that their injury meets the law’s definition of “serious.”

There are multiple ways that victims can meet this standard; in this case, the plaintiff argued that her injuries met three of the definitions of a “serious injury” under the law:

The plaintiff conceded that she had been injured before, but argued that the recent accident had exacerbated those injuries, which had not been causing her pain before the rear-end crash. She presented an affidavit from a doctor who had examined her after one of the earlier accidents, which stated that the two accidents caused overlapping injuries. The affidavit also stated that the accident victim’s condition had become markedly worse after the more recent accident. However, the plaintiff could not produce any support for this argument, such as evidence that her doctor had examined her between the previous and more recent crash. Other evidence from other doctors that the plaintiff presented were also, according to the judge, “similarly defective; they contain indications of current deficits and reports of pain, with conclusions of disability caused by the [recent] accident . . .but without comparison to her condition before the accident.” Since the plaintiff was unable to prove that she wasn’t in a similar amount of pain prior to the rear-end crash due to her past injuries, her lawsuit was dismissed.

If you’ve been hurt in a crash in New York, get a free evaluation of your claims and help-seeking the damages you may be owed by contacting the knowledgeable and dedicated Manhattan personal injury lawyer Leandros A. Vrionedes for a consultation, at 212-889-9362, with additional offices in Queens at 718-777-5895.