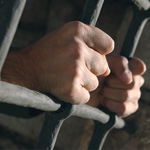 A federal statute, 42 U.S.C. 1983, provides the basis for civil lawsuits against state or local government officials who violate a person’s civil rights while acting under color of law. But what about federal government officials? Section 1983 does not apply to them, and there is no other comparable statute that would make liable like section 1983 does for state actors. In 1971, the U.S. Supreme Court ruled in Bivens v. Six Unknown Named Agents of the Federal Bureau of Narcotics, that federal officers could be sued for constitutional violations and that such a cause of action was directly inferred from the Constitution itself.

Fast forward forty years to the case of Minneci v. Pollard. The plaintiff in this case brought a Bivens suit against prison guards for their deliberate indifference to his medical needs, which the plaintiff claimed violated his Eighth Amendment right to be free from cruel and unusual punishment. The twist in this case is that the prison involved was not a U.S. prison; rather it was a private prison which housed prisoners under a contract with the federal government.

Does that distinction make a difference? For the Supreme Court it does. In an 8-1 decision handed down in January, the High Court held that a federal prisoner seeking damages from a private prison for conduct that traditionally falls under state tort law should seek a remedy under state tort law, even if the prisoner would have had an Eighth Amendment claim had he been in a federal prison.

Does this difference make sense? Bivens himself could have brought a state law claim in his case, but the Supreme Court then felt that a federal law violation should have a federal legal remedy. Should a federal prisoner be denied a federal remedy for the violation of his civil rights, just because he was housed in a private prison contracted by the federal government rather than in a federal prison itself?

The facts in each case determine to a large extent how a case will be decided. At Leandros A. Vrionedes, P.C., we leave no stone unturned in finding the best possible remedy for civil rights violations committed by officials acting under color of law. If your civil rights have been violated by law enforcement or the government at any level in New York, contact our office for a free consultation regarding your rights to a legal remedy.

By Leandros Vrionedes | Posted on May 19, 2012 Tags: Civil Rights Under Bivens and Private Prisons
Skip sidebar and go to footer