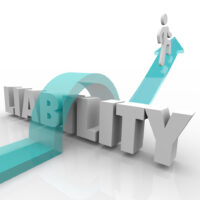 In a recent case before the Second Department of the New York Appellate Division, an injured construction worker will be permitted to continue pursuing a claim for his injuries after a fall on a job site located on a single-family residential property. This case is an example of a rare exception to the rule that private homeowners will not be held liable under New York’s Scaffold Law or Safe Place to Work law.

The recent decision was issued in the case titled Abdou v. Rampaul. The plaintiff, Aly Aly Abou Abdou, had been hired through his employer to complete work on the home of Kathleen and Mervyn Rampaul. Mervyn had signed the contract with Abdou’s employer, though Kathleen was listed as the home’s sole owner. Throughout the renovation project, Mervyn had been very involved in the work, visiting the site each day, inspecting Abdou’s progress, and delivering materials. In fact, Abdou stated in a deposition that his boss had told him to follow Mervyn’s instructions, and Mervyn had provided the ultimately-faulty scaffold and safety belt for Abdou to use on the job.

Abdou was injured when falling from the scaffold, and filed a lawsuit against Kathleen and Mervyn Rampaul under Labor Laws §§ 240(1) and 241(6), among others. The Rampauls filed a motion to dismiss these claims, arguing that Kathleen was exempt from liability under these laws due to the homeowner exception. The trial court agreed and dismissed Abdou’s claims, and Abdou appealed. The Appellate Division determined that Abdou was, in fact, entitled to benefits, and reinstated his claims.

Two of New York’s most robust legal protections of construction workers are Labor Law §§ 240(1), also known as the Scaffold Law, and 241(6), also known as the “Safe Place to Work” law. As a general rule, these laws will not result in liability for owners of one- or two-family homes, unless the owner of the home or an agent of the owner directed the work of the injured victim. In its opinion, the Appellate Division wrote, “The homeowner’s exemption was enacted to protect owners of one­ and two­family dwellings who are not in a position to realize, understand, and insure against the responsibilities of strict liability imposed by Labor Law §§ 240(1) and 241(6).” In other words, homeowners are not usually held liable for these sorts of injuries because they are not usually responsible for creating the unsafe conditions.

The exception for homeowners, however, does not exempt agents of the homeowner or general contractor from liability for creating unsafe working conditions. The Appellate Division wrote that someone who has “supervisory control and authority over the work being done where a plaintiff is injured” will be deemed an agent. In this case, Kathleen was the sole owner of the home and had not been involved in the construction project on a day-to-day basis. The Appellate Division concluded that the trial court had been right to dismiss claims filed against her. However, the Appellate Division pointed out that Mervyn in fact did have the authority to supervise and control the accident victim’s work on the job site, functioning as an agent of Kathleen, making him appropriate as a defendant. The Appellate Division ruled that the claims under §§ 240(1) and 241(6) could move forward against Mervyn.

If you’ve been injured on the job in New York and need skilled legal assistance in getting the money you deserve for your claims, contact the skilled and effective Manhattan construction injury lawyer Leandros A. Vrionedes for a consultation on your case, at 212-889-9362, or in Queens at 718-777-5895.

By Leandros Vrionedes | Posted on February 28, 2017
Skip sidebar and go to footer