A Mixed Bag of News from the Department of Buildings – Construction Site Fatalities Down, Construction Accidents and Injuries Up 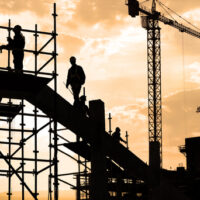 The New York City Buildings Department issued a press release last week announcing a 62.5% decrease in fatal construction accidents in 2013 compared to 2012. Hidden further down in the press release is the fact that the number and percentage of total accidents and injuries reported rose during that same period.

The headline of the Buildings Department press release highlighted the 62.5% decline in construction-related fatalities. This figure represents a very impressive decline, but the numbers behind the percentages show that there were eight deaths reported in New York City construction accidents in 2012 compared to three deaths reported in 2013. The fact that there were (thankfully!) “only a handful” deaths from construction accidents in NYC in both years means that any reduction in fatalities would present a significant percentage decline. 2012 was actually a high year for construction deaths. In 2009-11 there were three, four and five fatalities each year, respectively. The three deaths in 2013 are consistent with the fact that year in and year out, several construction workers die from falls and other accidents at construction sites in the city, often due to lack of adequate protection at the job site.

Toward the end of the press release, it was noted that the number or reported accidents “rose slightly” from 2012 to 2013, with an increase of 5.7%. Of course, there are more non-fatal accidents than fatal ones, so any change will show up as a smaller percentage. The actual increase was ten more accidents in 2013, up to 186 over 176 reported in 2012. Similarly, the percentage of injuries also increased last year over the previous year by 4.3%, which reflects 195 workers injured in 2013 compared to 187 in 2012. At the same time, the number of construction permits issued for new buildings increased from 1,462 to 1,890 (29.3%), so in theory there was more construction work going on overall. Has construction work in New York City gotten safer? It’s hard to say.

The three fatalities in 2013 occurred at construction sites in Queens, Brooklyn and Manhattan. All three deaths were attributed to inadequate fall protection at the job site, including the lack of scaffolding and a safety harness at one job site, and an improperly-installed scaffold with missing planks, guardrails and handrails at another site.