A Hospital can be Liable for Doctors’ Malpractice, Even When the Hospital Does not Employ the Doctors 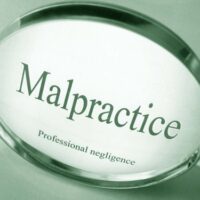 Normally, when doctors commit malpractice in a hospital, the hospital can only be liable if it employed or supervised the doctors. Just because a doctor may perform surgery or treat patients in a hospital setting does not mean the doctor is employed by the hospital, so it is important in a medical malpractice case to establish the relationship between doctor and hospital, in order to hold all responsible parties accountable. However, in a case currently working its way through the courts in Bronx County, the judge has brought out an important exception where a hospital may be liable for a doctor’s malpractice, even if it does not employ or supervise the doctor.

The case is The City of New York v. St. Barnabas Hospital, and in a decision rendered last month, Judge Danziger of the New York Supreme Court, Bronx County, denied the summary judgment motions for four of the doctors named in the lawsuit. The doctors had tried to get the case against them dismissed on the grounds that their care was appropriate, but the judge decided that there were enough facts in dispute about whether the doctors committed malpractice or not that the case should go to trial and be heard by a jury.

The case involves a city sanitation worker who was injured when the truck he was riding in struck a stanchion. The worker fell from the truck, and his left leg was run over by the truck. He eventually died after several hours in the hospital and following several diagnostic procedures and surgeries. The plaintiff representing the deceased worker alleged that several doctors committed malpractice and were liable for the worker’s death by not stopping the bleeding in a timely manner, not getting to the hospital on time, and failing to properly monitor the patient’s fluid levels (the patient died from too much saline fluid built up in his body, which had been constantly pumped into him to raise his blood pressure while the doctors decided what was wrong and how to treat him).

The City and the truck driver were also sued for negligence and wrongful death. They are seeking indemnification from the hospital and the doctors, in the event they are found liable for their role in the injury and eventual death.

Personal injury cases can be complex, especially when issues of medical malpractice or wrongful death are involved. If you need to speak with an attorney regarding a serious injury to yourself or a loved one, contact Leandros A. Vrionedes in New York City at 212-266-4113.

By Leandros Vrionedes | Posted on November 20, 2015
Skip sidebar and go to footer