Statute of Limitations for Wrongful Death Claims in New York 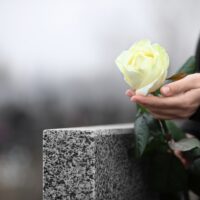 A wrongful death takes the place of the personal injury claim an accident victim would have been able to pursue had they survived the accident. A wrongful death claim can result from any “wrongful act, neglect, or default,” such as a car accident, slip and fall, or medical malpractice. In New York, a personal representative of the deceased person’s estate can file a wrongful death lawsuit. Unlike in other states, family members in New York cannot bring wrongful death claims on their own behalf, although the types of damages obtainable in a wrongful death suit include financial harms caused to the family as a result of the death.

In New York, the typical statute of limitations for most wrongful death claims is two years from the date of the person’s death. That means that the estate of a deceased accident victim usually has two years from the date on which the victim passed away to file their claims against the negligent perpetrator; if they wait beyond the two-year limitations period, then the lawsuit can be dismissed. The two-year period starts on the date of death, not on the date of the accident that led to the death. A victim could be hospitalized for weeks or months after an accident before they die, but the wrongful death limitations period will not start until the actual death.

Exceptions to the General Rule

Not every wrongful death claim is subject to the same two-year time period. Certain types of claims can have a different statute of limitations, depending on the nature of the claim and other factors. For example:

Other exceptions may apply depending on the nature of the case. Importantly, some statutes have a limitations period that is considerably shorter than two years. If the negligent party is a municipal government agency or authority, for instance, you may need to file a notice of claim within 60 or 90 days of the death to protect your rights. Talk to a seasoned wrongful death attorney about your situation to ensure that you bring your claims in a timely manner.
If someone you care about has been killed by the negligent or reckless actions of another in New York, get help seeking damages from a qualified professional by contacting NYC wrongful death lawyer Leandros A. Vrionedes for a free consultation at 212-889-9362 or 718-777-5895.